How Common Is Chlamydia?

As far as STDs go, chlamydia is about the best-case scenario if you do contract an STD or STI. After all, it doesn’t carry lifetime effects like herpes or HIV do. It has not been shown to be potentially cancer causing like HPV. It is pretty easily cured with an antibiotic regimen.

The CDC has published a report regarding the incidence of STDs, and chlamydia comes in second place for the most new cases, with just over 2.8 million estimated new incidences. 65% of those cases are in the age group of 15-24 and the rest the 25+ age group. Because of these astounding stats—combined with the fact that chlamydia symptoms can go undetected—current recommendations are that all sexually active females under the age of 25 get tested yearly for chlamydia. Yearly screenings are also recommended for older women who have had multiple sexual partners.

Testing for chlamydia is pretty simple. A urine screen is all that is needed to test for the bacteria that causes the disease. The urine sample should be taken at your physician’s office or a certified STD testing lab. This will ensure proper sampling and testing of your sample for analysis. 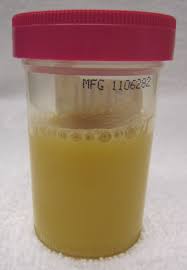 Chlamydia is so prevalent because it can go undetected and symptomless. Left untreated, chlamydia can spread and cause damage to the female reproductive organs. In severe cases, it can cause infertility. Common symptoms of chlamydia in women are cloudy urine, abnormal discharge, burning sensations while urinating, and bleeding between periods. Symptoms in men include burning while urinating, itching around the tip of the penis, and abnormal discharge.

Don’t Leave It to Chance

Because of the prevalence and the level to which this disease goes undetected (and therefore untreated), take the initiative yourself and schedule an annual STD test. Make sure this includes a screening for chlamydia. You only get one body and only one set of reproductive organs; don’t leave this one to chance. Be the responsible one, get tested, and leave doubt in the rear-view mirror.

Disclaimer: This article is not meant to act as medical advice.